Nematodes are ideal candidates for the study of development and behavior in the context of their ecology because they are ubiquitous, small organisms that occupy most of the Earth’s known ecological niches: soil, animals, and plants. Unlike most animals, nematodes are easy to culture and readily “domesticated” in the lab for analyses at the genetic, cellular, and organismal levels. Our work primarily involves the use of the nematode model Pristionchus pacificus, which has been used to study the evolution of developmental processes in a comparative context using genetics and molecular biology. P. pacificus has a maturing genetic (forward and reverse) and genomic platform (www.pristionchus.org).

Species in the Pristionchus genus is an ideal system to make evolutionary comparisons at various taxonomical levels. In addition to P. pacificus, several Pristionchus species are also free-living nematodes associated with beetles, and all are easily obtained from the wild as well as maintained and freeze stocked in the lab. Pristionchus nematodes maintain specific insect interactions by intercepting the intra-species communications of their host insects, and natural variation in chemosensation can be analyzed in P. pacificus populations since instinctive chemosensory behaviors are often developmentally determined. Currently, there is no known interspecies pheromone receptors known in nematodes so we are particularly keen on finding out what receptors P. pacificus utilizes to detect the pheromone of one of its hosts, the oriental beetle. Our ultimate research goal is to understand the specific developmental and genetic nature of Pristionchus attraction to beetle compounds from the population to the molecular level. 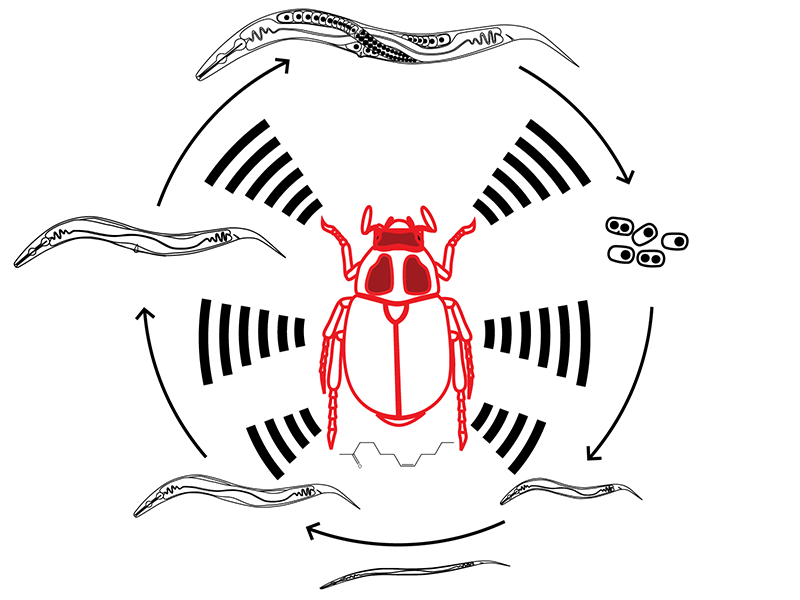 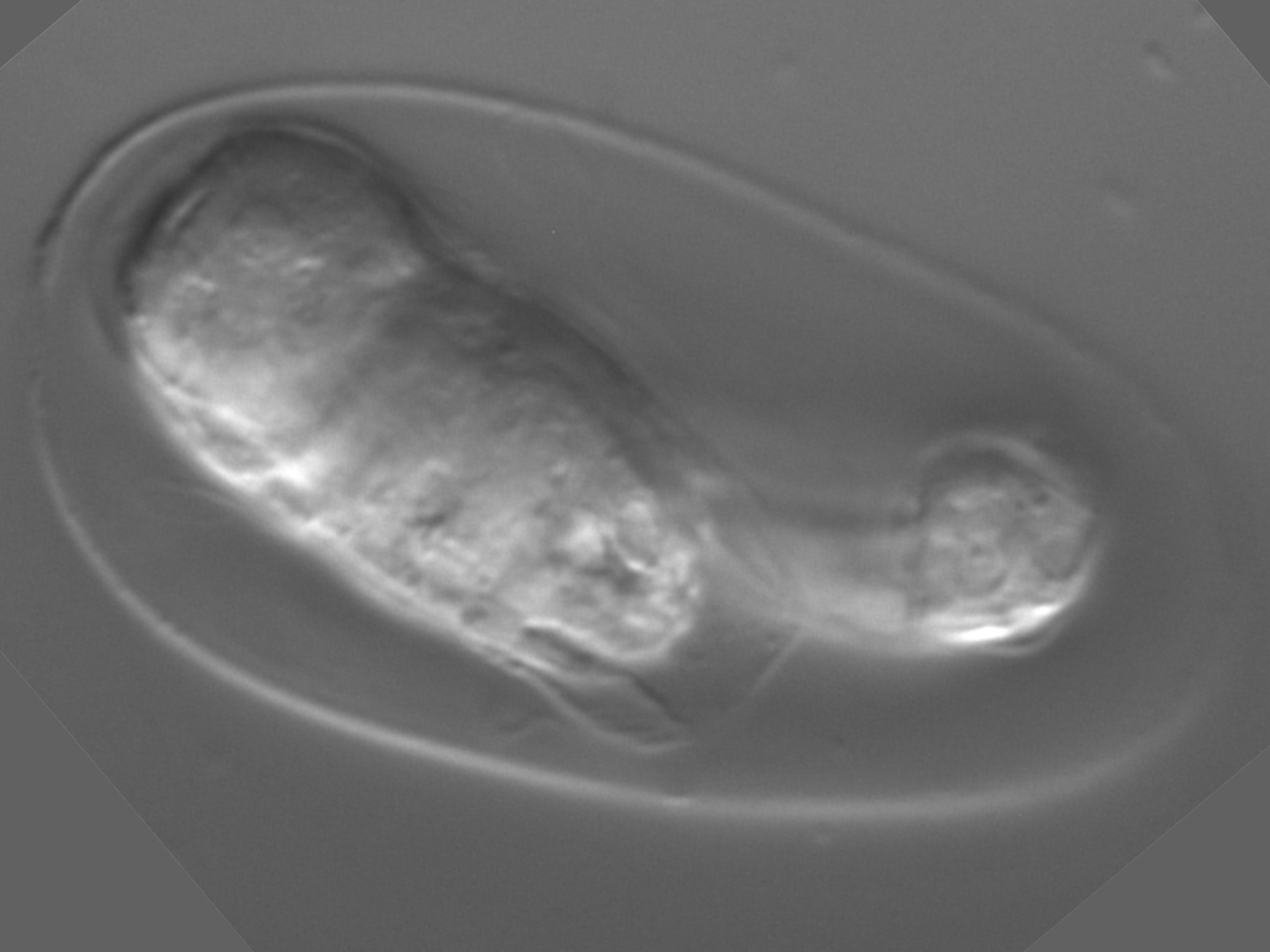